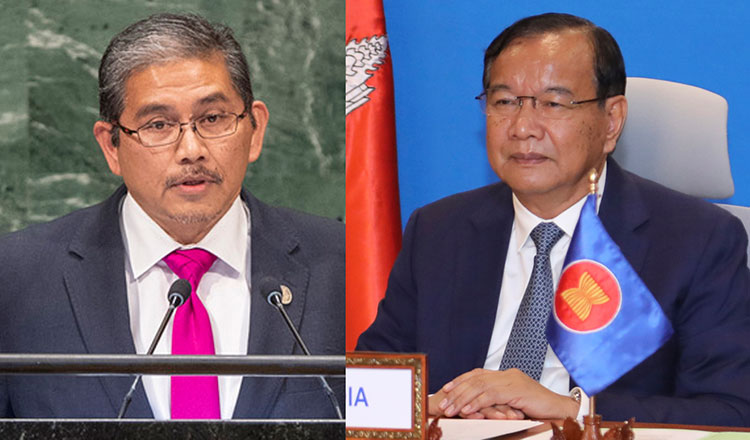 He voiced his support yesterday during a bilateral meeting held online with Erywan.

Sokhonn also congratulated Brunei for successfully organising the recently-concluded 54th ASEAN Foreign Ministers Meeting and related meetings within the framework of Asean, during which Erywan was appointed the special envoy.

During yesterday’s meeting, the two sides exchanged views and suggestions to better implement the five-point consensus reached by Asean leaders in April.

“I also reiterate my strong support for his (Erywan’s) mission and for Asean’s joint efforts to ensure peace, stability and return to normalcy of Myanmar, as well as its interests,” said Sokhonn.

Myanmar has been in upheaval since Senior General Min Aung Hlaing ousted an democratically-elected government led by democracy champion Aung San Suu Kyi, with security forces killing 728 people, according to an activist group tally, in an attempt to stamp out protests.