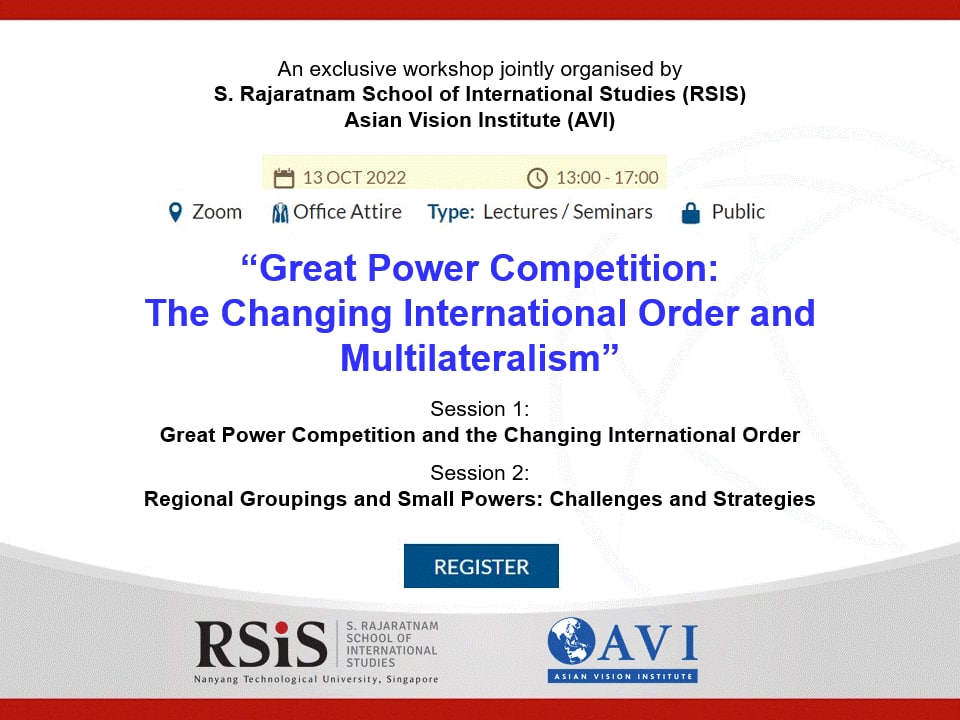 Great power competition has become a new mantra that symbolizes the transitions from the post-Cold war international relations shaped in the early 1990s. US-China trade disputes that began to boil during the Obama administration were developed into a trade war between the world’s two largest economies under the Trump administration, significantly affecting global supply chains and many other countries relying on multilateral trading systems. In its report released in 2021, the Congressional Research Service (CRS) that provides non-partisan policy and legal analysis exclusively to the US Congress officially acknowledges “the renewal of great power competition” with China and Russia. This suggests that changes in the distribution of power caused by these two countries create new threats to American interests and U.S. allies politically, economically, and diplomatically. The Ukraine war that started last February has also been generating discussions about the new Cold War, as the development of the war in Ukraine has deepened the United States and NATO Allies’ confrontation with Russia and China and enhanced bonding between the latter two countries. Amid growing tensions from great power rivalry, middle and small powers are now dealing with internal and external security challenges albeit to different extents, which are frequently intertwined with uncertainties in the global economy. Depending on issue areas, these non-major powers should navigate challenges and opportunities associated with great power competition and make strategic choices for national interests in existing multilateral institutions.