Cambodia Amidst Geopolitical Rivalry in the Mekong Region

Cambodia Amidst Geopolitical Rivalry in the Mekong Region 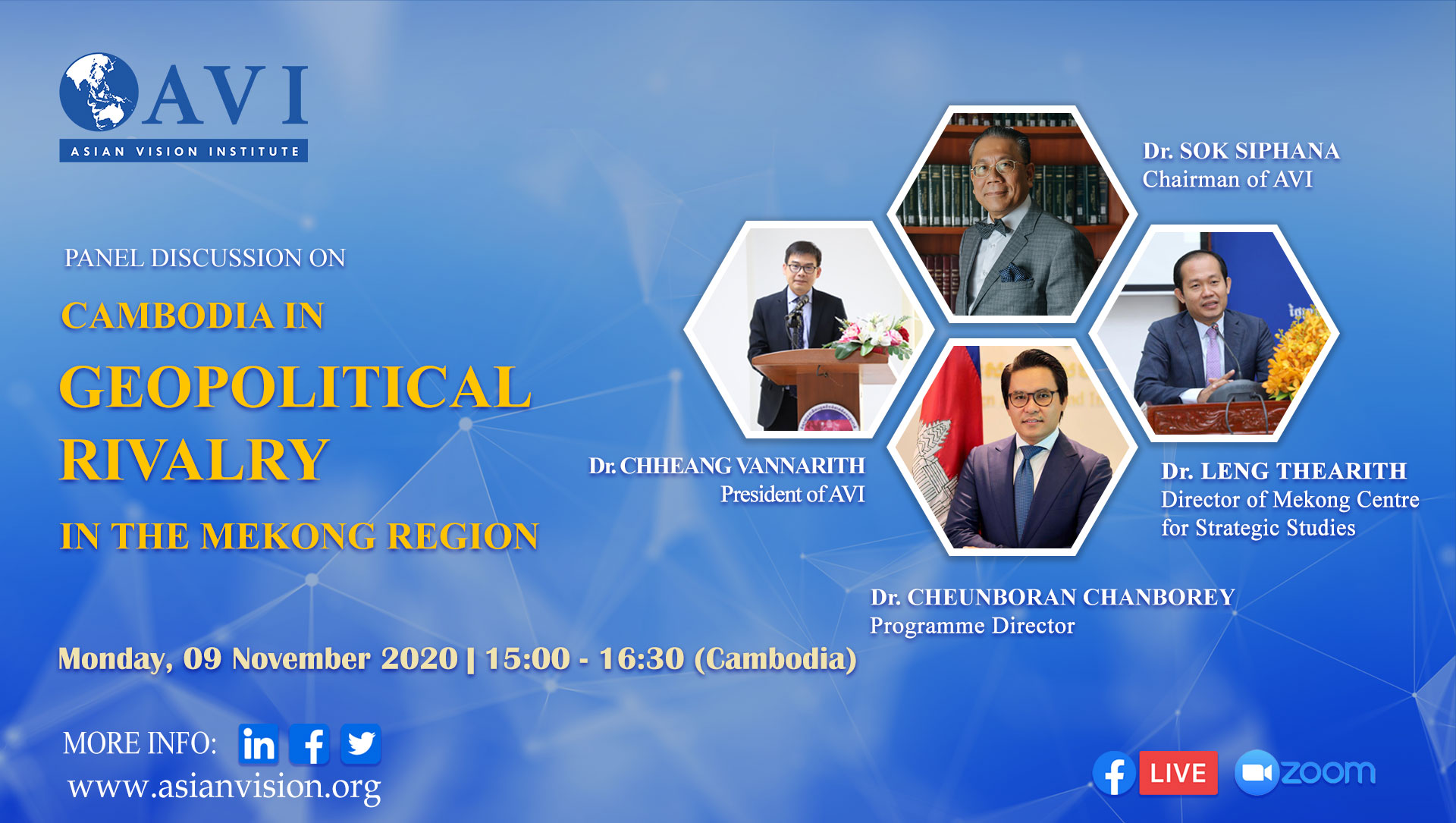 The Mekong region— which extends over an area of more than 795,000 km2 of the six countries namely Myanmar, Lao People Democratic Republic (PDR), Thailand, Cambodia and Viet Nam—has gained its economic and political vitality in the recent years. It has become one of the world’s most vibrant economic theatres owing to its exceptional richness in biodiversity, fisheries, and other agricultural endowments which support more than 65 million people in the region. This immense natural assets have attracted attention of great powers, turning the region into a strategic battleground for great powers’ competitions. The urbanisation, increasing need for water for industrial and agricultural usage, drought and other climate problems have worsened the existing water disputes between the regional countries, and amongst relevant major powers.

Viewing the region as central to India’s Act East Policy (AEP), New Delhi initiated Mekong-Ganga Cooperation (MGC) in 2000 with an aim to foster cooperation in the fields of cultures, tourism, transport and communication and education with the Mekong countries. The Mekong-Japan Cooperation (MJC) has, in addition, played a crucial role in shrinking the development gap between the Mekong countries since 2007. Following the MJC, Washington has pursued its engagement in the region via the Lower Mekong Initiative (LMI)—which has recently been elevated to Mekong-US Partnership (MUSP)—to deliver equitable, sustainable, and inclusive economic growth of the region. South Korea proposed the Mekong-ROK (MROK) initiative in 2011 to support its engagement with the Mekong region as an integral part of its engagement policy with Southeast Asia. Noticeably, the Mekong-Lancang Cooperation (MLC) initiated by China has gained its popularity considering its distinctive and speedy progress compared to the other Mekong-related initiatives, except the MJC. The other initiatives such as Ayeyawady-Chao Phraya–Mekong Economic Cooperation Strategy (ACMECS), Mekong River Commission (MRC), and Greater Mekong Sub-region (GMS) have also gained their respective momenta in the recent years.

As the geopolitical tensions between the major regional powers exacerbate, the initiatives have apparently been manipulated by relevant powers for the sake of their competition for influence in the region. This begs a question as to whether the existing multiple connectivity initiatives are beneficial or problematic for Cambodia? How may Cambodia maximise its benefits from the initiatives without resorting to losing its sovereignty? These questions will be addressed at Asian Vision Institute’s online Panel Discussion on “Cambodia Amidst the Geopolitical Rivalry in the Mekong Region”.

The objectives of the panel discussion are:

AVI scholars will be invited to join a panel discussion under the topic of “Cambodia Amidst Geopolitical Rivalry in the Mekong Region” via Zoom on Monday, 09 November 2020 at 15:00-16:30 (Cambodian time). 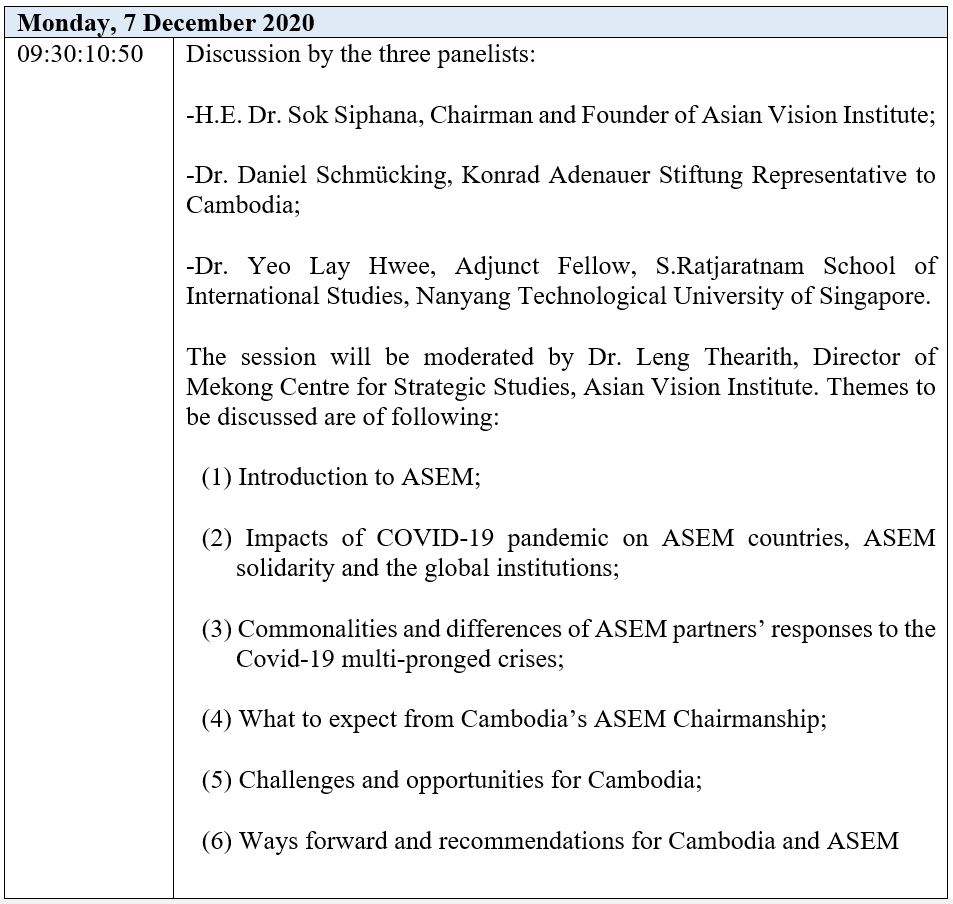