ASEAN-EU Partnership in a New Era

The world is becoming more complex, volatile and unpredictable, driven mainly by global power transition and diffusion and the decline of liberal international order.

Intra-regional and inter-regional cooperation and integration have become more critical for small states and middle powers to mitigate risks through the promotion of an open, inclusive, and effective rules-based multilateral system.

ASEAN-EU partnership is evolving in a positive trend due to convergent strategic vision and interests. However, there are certain gaps that need to be addressed such as the divides relating to human rights, democracy and environmental issues.

ASEM is a vital institutional bridge connecting Asia and Europe as well as ASEAN and the EU. Cambodia as Chair of the 13th ASEM Summit will further strengthen multilateralism for shared prosperity, with the expectations that ASEM members could reach consensus in addressing emerging global and regional issues.

The world is becoming more complex, volatile and unpredictable. The world is at an inflection point as the global power shift is fast evolving, accompanied by high uncertainties and risks. Historically, global power shift brought about conflicts and sometimes wars. Power transition and diffusion at national and international levels, the decline of liberal international order, and the return of great power politics have casted a long shadow over global strategic and economic outlook.

The rules‐based international order is under increasing pressure and becoming more fragile. Multilateral trading system, especially the World Trade Organisation (WTO), is under threat. Rules for the global commons of the high seas, cyberspace and space are being challenged by states and non‐state actors, leading to uncertainty and tension.

Although the global situation is getting more complex, uncertain and unpredictable, peace and cooperation are expected to be the mainstream global megatrends, as growing global interdependence is a driving force for increased cooperation. State actors must develop the agility to enable continuous adaptions to geopolitical and geo-economic changes and build national and international system that is constantly responsive, adaptable and proactive.

The Fourth Industrial Revolution accelerates the speed of change. Technology can upend national development and competitiveness, disrupt employment and sociocultural aspects of life. A rapid and unbalanced transition towards a digital economy widens inequality and deepens societal fragmentation. Adaption to digital revolution and the promotion of an inclusive digital economy are thus key global development agenda.

Intra-regional and inter-regional cooperation and integration have become more critical especially for small states and middle powers in their efforts to mitigate risks emanating from rising complex geopolitical competition and confrontation especially between the United States and China, the unfolding trade and technology war between these two major powers, and the increasing entanglement between domestic politics and foreign policy especially due to protectionist and populist politics.

The Association of Southeast Asian Nations (ASEAN) and the European Union (EU) are the world’s two most successful and dynamic regional organisations with the belief in and pursuance of an open regionalism. The EU is the most integrated regional organisation in the world, featuring deep economic, social and political integration. ASEAN is second to the EU in terms of the level of regional integration. Political integration in Southeast Asia, however, is far less integrated compared with that in Europe due to the fact that ASEAN member countries still give priority to their sovereignty and the principle of non-interference in domestic affairs.

In terms of identity building, the EU is trying to balance between two foreign policy objectives, namely building a normative power based on the principles of human rights and democracy and promoting a trading power based on commercial interests. The signing of the trade and investment agreement with Vietnam in 2019 illustrates that the EU gives more priority to commercial interests than values and norms. It is paradoxical when it comes to the EU’s relations with Cambodia and Myanmar. In terms of bilateral negotiations with Cambodia on the Everything but Arms (EBA), the EU seems to prioritise human rights and democratic values. This can be regarded as a double standard being practiced by the EU.

ASEAN is also trying to build its own identity, to be an honest broker, trust builder, and regional connector. However, the evolving domestic politics and geopolitical rivalries between major powers have challenged ASEAN unity and centrality. Although it is trying to stay neutral and maintain its strategic autonomy, ASEAN is facing a binary geostrategic choice between the US and China. Under such circumstances, it is imperative for ASEAN to engage more strategically with other emerging powers, middle powers and international organisations such as India, Russia, Japan, South Korea, Australia, the United Nations, and the European Union.

Both ASEAN and the EU are grappling with myriad challenges deriving from global power shift and transformation, rising protectionism and unilateralism, the assaults on multilateral system, and the weakening of global regime. To surmount these challenges, ASEAN and the EU are compelled to work closer together to strengthen open societies and a rules-based multilateral system. From the ASEAN’s perspective, the rules-based international system generally centring on the United Nations Charter, the ASEAN Charter, and the Treaty of Amity and Cooperation (TAC).

The European Union (EU) became ASEAN’s Dialogue Partner in 1977, and it was formally institutionalised following the signing of the ASEAN-EEC Cooperation Agreement on 7 March 1980. The adoption of the Nuremberg Declaration on an EUASEAN Enhanced Partnership in 2007 was an important milestone in their dialogue relations. The dialogue relations had since grown with the adoption of the Bandar Seri Begawan Plan of Action to Strengthen the ASEAN-EU Enhanced Partnership (2013–2017) in 2012, which gave a more strategic focus on cooperation at regional level to a wide range of areas including political, security, economic, trade, and sociocultural aspects. Both sides are now exploring the possibility to advance their cooperation to a strategic partnership.

Three convergent forces cement ties between ASEAN and the EU. Firstly, both regional organisations have a firm belief in an open, inclusive, effective, and rules-based multilateral system. This system has now been under unprecedented assault since the end of the Cold War, mainly due to the US’s adoption of protectionist policy and the rising trend of extreme right- wing politics in some European countries. In such an uncertain and fast-changing world, ASEAN and the EU need to further deepen their partnership and be more innovative and proactive in strengthening multilateralism.

Secondly, the US-China competition and confrontation have presented both opportunities and challenges for ASEAN and the EU. Both regional institutions can effectively implement collective hedging strategy to mitigate risks and expand opportunities from the rivalry. To do that, institutional capacity building and leadership are the core mechanisms to effectively exercise institutional and multilateral pressures to shape the behaviour of major powers as well as to put institutional constraints on the deviant behaviour of member countries.

Thirdly, harnessing inter-regional connectivity between the two continents has been the common vision and interest of the two organisations. In 2010, the Master Plan on ASEAN Connectivity (MPAC) was launched with the aim to enhance physical, institutional and people- to-people connectivity in Southeast Asia. Since then the “connectivity” has become one of the key pillars of ASEAN regional integration and community building as well as ASEAN’s external relations. In 2018, the EU also issued a strategy on connecting Europe with Asia, which was informed by the principles of sustainable, comprehensive, and international rules- based connectivity. Specific projects include transport (air, sea, land) connectivity, digital connectivity, energy connectivity, and people to people connectivity.

There are conceptual and policy areas that ASEAN and the EU need to work together to address the differences in order to deepen their partnership.

Second, ASEAN and the EU should expand their cooperation on connectivity projects to also include security connectivity, which refers to connecting security issues, connecting security stakeholders, and connecting knowledges and solutions to address security issues. The case in point here is the development of a holistic solution to climate change and water-food-energy nexus. The EU has knowledge and experience in this field that is valuable for Southeast Asian countries particularly the Mekong countries. In this regard, connecting Mekong with Danube can be a new area of cooperation between ASEAN and the EU, and they should focus on climate change and water-food-energy security nexus.

Third, the EU needs to be mindful of some gaps. The EU’s positions on the Rohingya issue in Myanmar, palm oil issue with Indonesia and Malaysia (with the concern over environmental protection), Sharia law in Brunei, and the threat to revoke the EBA from Cambodia have affected the quality of the ASEAN-EU bilateral partnership. ASEAN members are sensitive to foreign interference into their domestic affairs, as the memories of colonialism and imperialism remain strong in their strategic culture, nationalist narrative, and regime legitimization.

ASEAN-EU partnership will evolve in a positive trend, as both regional organisations share similar worldviews and commitments to strengthening an open, inclusive, effective and rules- based multilateral system. Both sides need to be more sensitive to certain issues that might derail or damage the strategic and political trust between the two institutions. Some of the sensitive issues that might disrupt ASEAN-EU partnership have derived mainly from the bilateral relationship between the ASEAN member countries and the EU such as the Resolution on Palm Oil and Deforestation of Rainforests affecting palm oil industry in Indonesia and Malaysia, the threat to suspend the EBA from Cambodia, the pressure of the EU on Myanmar over the Rohingya issue, and the criticism by the EU on Sharia law in Brunei.

ASEAN and the EU must further exchange and harmonise their worldviews especially on how to strengthen effective, coherent and cohesive multilateralism and multilateral coordination. They need to work together on how to respond and develop innovative stakeholder partnership to address global issues and challenges. Asia-Europe Meeting (ASEM) is an instrumental institutional bridge connecting Asia and Europe as well as strengthening ASEAN-EU partnership. The 13th ASEM Summit to be held in Cambodia in 2020 will be an opportunity for ASEAN and EU leaders to reflect, fathom and envision together to resolve some of the world’s pressing issues such as climate change, socio-economic inequality, fragmented societies, violent extremism, and weak global and regional governance. The escalating tensions in the Middle East, especially the military confrontation between the US and Iran, and the renewed tensions on the Korean Peninsula and in the South China Sea will be the hot security topics to be discussed.

Two key words that will be addressed at the 13th ASEM Summit are effective multilateralism and shared growth. The task ahead for the ASEM members is to build a united position against protectionism and unilateralism and to strengthen open, inclusive and effective multilateralism. Moreover, they need to work closer together to advance rules-based international order, ensure fair share of growth, and promote social justice and inclusion. The ASEM members should refrain from interfering into the domestic affairs of other member countries and take a prudent approach to not allow bilateral tensions or disputes to overshadow inter-regional cooperation. 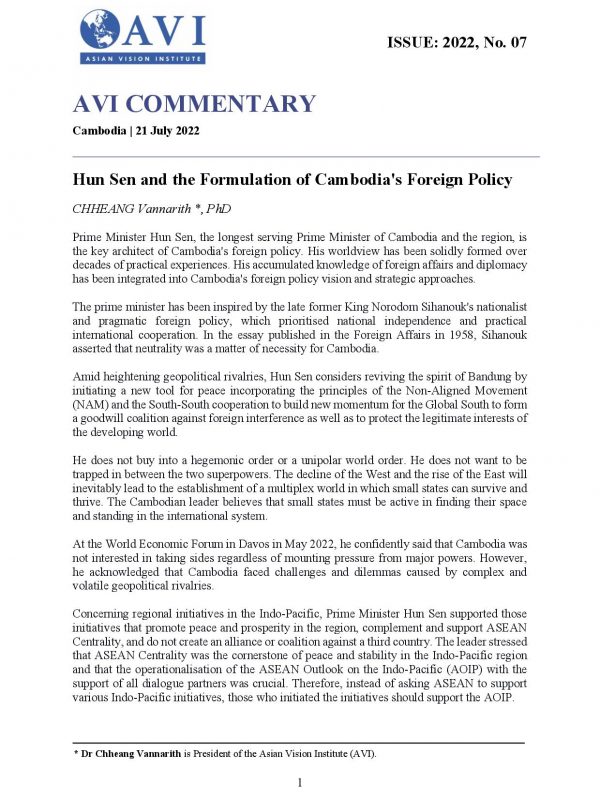 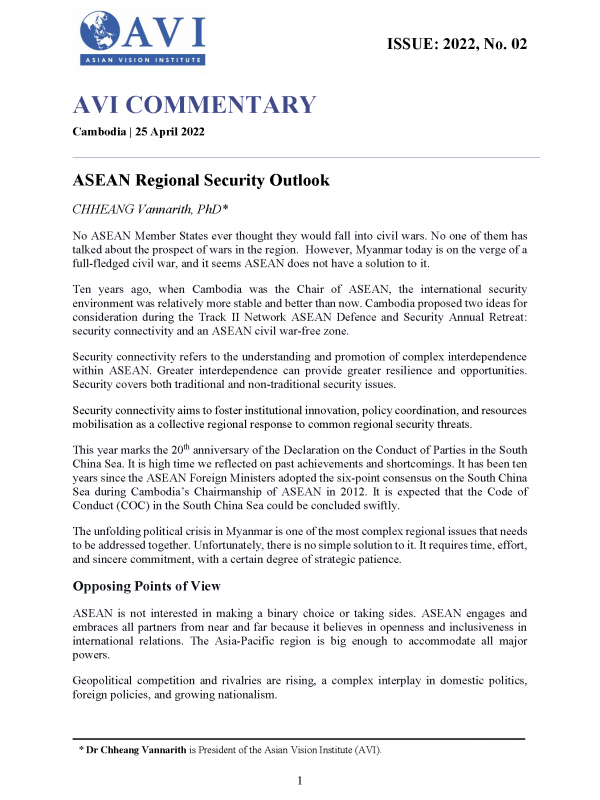 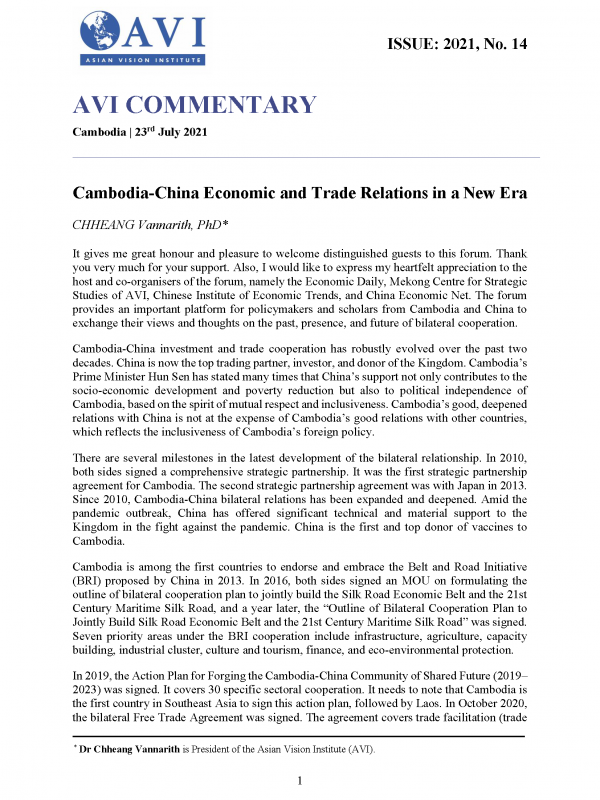