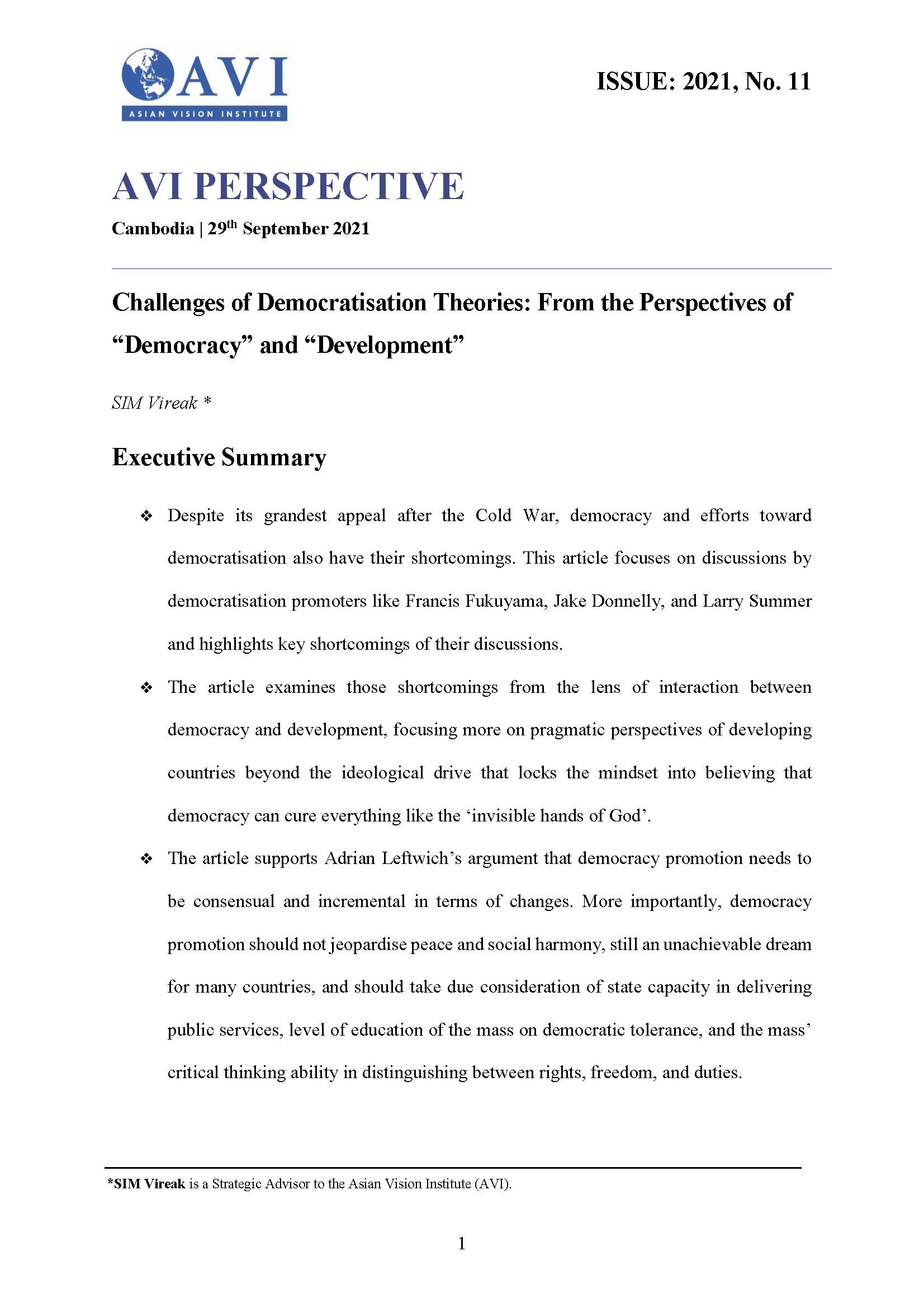 Challenges of Democratisation Theories: From the Perspectives of “Democracy” and “Development”

Sim Vireak, Strategic Advisor to AVI, argues that despite its grandest appeal after the Cold War, democracy and efforts toward democratisation also have their shortcomings. This article examines those shortcomings from the lens of interaction between democracy and development, focusing more on pragmatic perspectives of developing countries. The article supports Adrian Leftwich’s argument that democracy promotion needs to be consensual and incremental in terms of changes. More importantly, democracy promotion should not jeopardise peace and social harmony and should take due consideration of state capacity in delivering public services, level of education of the mass on democratic tolerance, and critical thinking ability of the mass in distinguishing between rights, freedom, and duties. 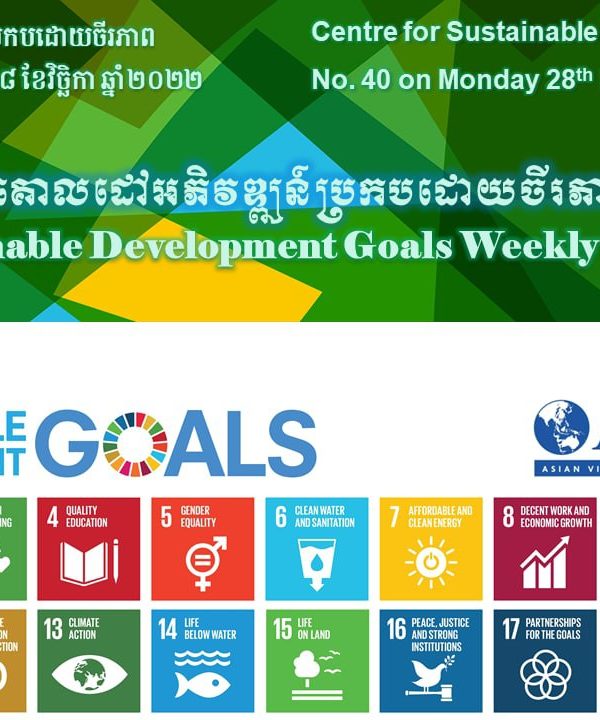 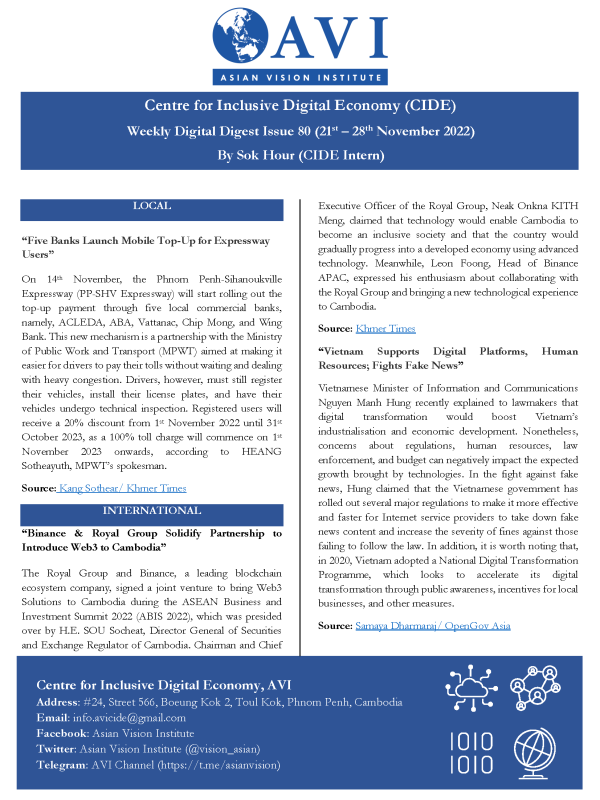 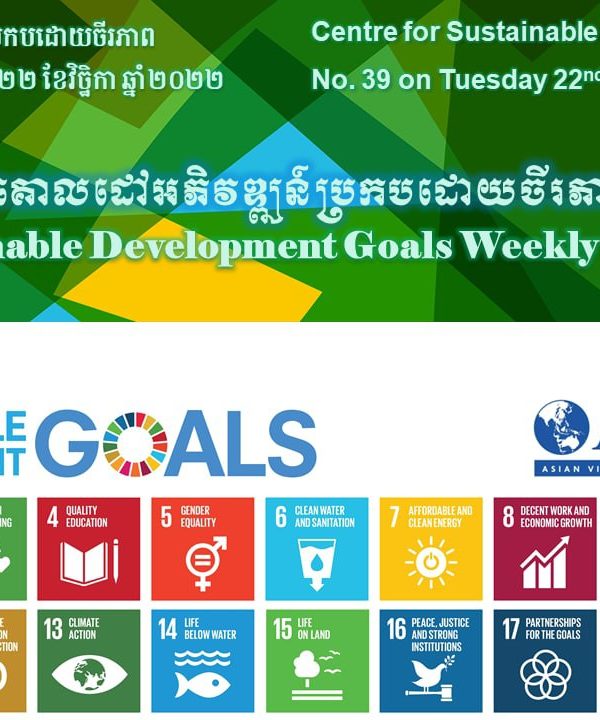 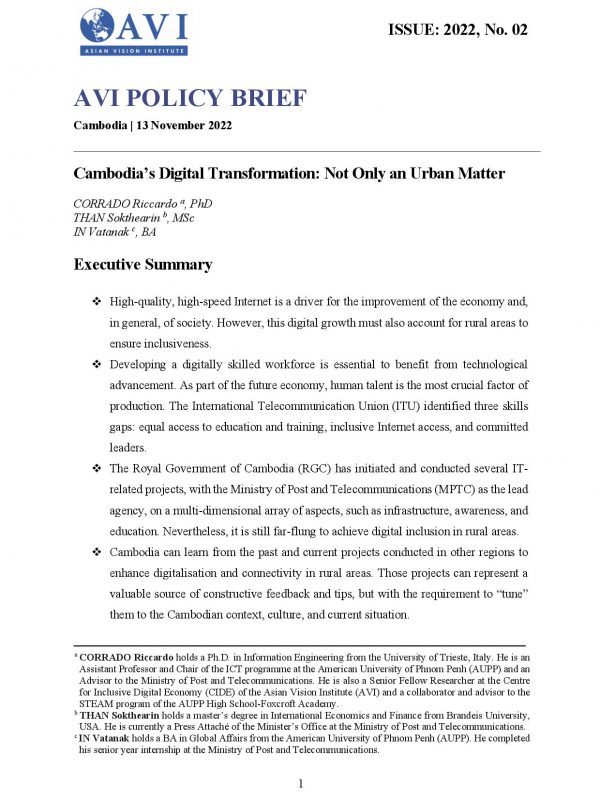 AVI POLICY BRIEF ISSUE: 2022, No. 02 | Cambodia’s Digital Transformation: Not Only an Urban Matter

AVI POLICY BRIEF ISSUE: 2022, No. 02 | Cambodia’s Digital Transformation: Not Only an Urban Matter