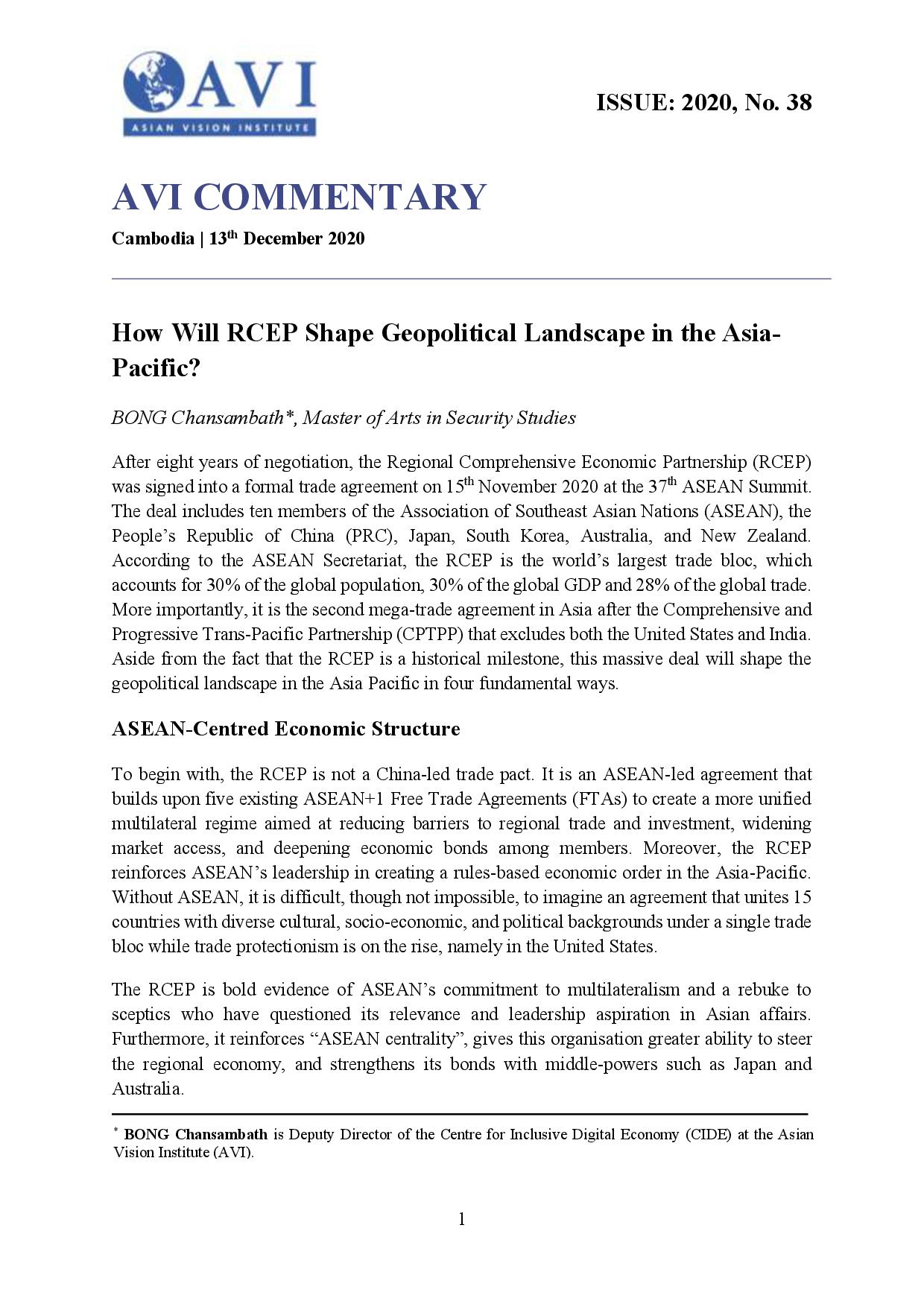 How Will RCEP Shape Geopolitical Landscape in the Asia-Pacific?

After eight years of negotiation, the Regional Comprehensive Economic Partnership (RCEP) was signed into a formal trade agreement on 15th November 2020 at the 37th ASEAN Summit. The deal includes ten members of the Association of Southeast Asian Nations (ASEAN), the People’s Republic of China (PRC), Japan, South Korea, Australia, and New Zealand. According to the ASEAN Secretariat, the RCEP is the world’s largest trade bloc, which accounts for 30% of the global population, 30% of the global GDP and 28% of the global trade. More importantly, it is the second mega-trade agreement in Asia after the Comprehensive and Progressive Trans-Pacific Partnership (CPTPP) that excludes both the United States and India. Aside from the fact that the RCEP is a historical milestone, this massive deal will shape the geopolitical landscape in the Asia Pacific in four fundamental ways.

To begin with, the RCEP is not a China-led trade pact. It is an ASEAN-led agreement that builds upon five existing ASEAN+1 Free Trade Agreements (FTAs) to create a more unified multilateral regime aimed at reducing barriers to regional trade and investment, widening market access, and deepening economic bonds among members. Moreover, the RCEP reinforces ASEAN’s leadership in creating a rules-based economic order in the Asia-Pacific. Without ASEAN, it is difficult, though not impossible, to imagine an agreement that unites 15 countries with diverse cultural, socio-economic, and political backgrounds under a single trade bloc while trade protectionism is on the rise, namely in the United States.

The RCEP is bold evidence of ASEAN’s commitment to multilateralism and a rebuke to sceptics who have questioned its relevance and leadership aspiration in Asian affairs. Furthermore, it reinforces “ASEAN centrality”, gives this organisation greater ability to steer the regional economy, and strengthens its bonds with middle-powers such as Japan and Australia.

As the world’s largest exporter of manufacturing goods, the PRC benefits from the RCEP economically and geopolitically. According to the latest study by the Brookings Institution, the RCEP will add US$209 billion to the global national income annually and US$500 billion to world trade by 2030 while China is projected to gain US$100 billion from the deal over time. Geopolitically, this new agreement will deepen China’s economic ties with its neighbours in Southeast Asia. Due to its multilateral nature, the RCEP will complement the PRC’s Belt and Road Initiative (BRI), which is a massive infrastructure plan and a geoeconomics strategy aimed at connecting Asia, Europe, and Africa through the development of roads, tunnels, and railways with the PRC positioning itself at the epicentre of the intercontinental trade routes. Together, the BRI and the RCEP will expand China’s influence in Southeast Asia.

In East Asia, the RCEP will intensify the PRC’s economic linkages with US allies such as Japan and South Korea, both of which have had contentious political relations with Beijing but are already negotiating a trilateral FTA among themselves. The same goes for Australia, whose ties with the PRC have been in a downward spiral since early 2020. The RCEP creates more incentives for these US allies to maintain positive economic relations with Beijing regardless of other political disagreements. The deal may also influence how they calculate their approach towards the ongoing US-PRC economic and technological disputes.

The RCEP will ultimately underline Beijing’s message that it is a peacefully rising power that promotes free trade and values shared prosperity. In the long run, China may work through the RCEP mechanism to influence regional economic structures, set trade standards, shape the rule-making process, and set precedents for future mega-trade arrangements in Asia, which are roles traditionally dominated by the US.

A Message to Washington

By signing the RCEP, 15 countries in the Asia-Pacific send a strong and clear message to Washington that they are and will continue to promote multilateralism with or without the United States. The deal is a direct rebuke to the outgoing Trump Administration from its allies (Japan and Australia), competitor/adversary (China), and small powers (ASEAN members) that its protectionist policy and appetite for trade dispute do not resonate well in this part of the world. Left out of both the RCEP and the CPTPP, the United States has voluntarily given up key opportunities to shape the future of trade in Asia and allowed China to fill in the vacuum by becoming an even more integral part of Asian economic architecture.

All eyes are now on the incoming Biden Administration, whose one of the most critical foreign policy challenges come January 2021 is how to deal with China. Although Biden may not shift US policy away from Trump’s hardline stance on China immediately due to internal political climate, he can bring the United States back to the front and centre of Asian multilateralism by joining the RCEP and anchoring the call for stronger intellectual property protection, stricter labour standard, and better environmental preservation, which are shallower in depth and breadth compared to those stipulated in the CPTPP. Likewise, Biden may consider rejoining the CPTPP to “build back better” the United States’ economic influence in Asia. That being said, participation in the CPTPP or the RCEP – or both – will depend on how much political capital and congressional support Biden has to invest in Asia while there is so much to deal with at home, particularly the COVID-19 pandemic.

In November 2014, when Indian Prime Minister Narendra Modi unveiled his country’s strategic re-orientation called the “Act East Policy”, regional leaders hoped that India would become a more serious strategic player in Asia. India’s exit from the RCEP in late 2019, however, has dealt a severe blow to the country’s diplomatic aspiration. It indicates that New Delhi still has not been able to walk the talk on its regional economic strategy. Just like the United States, India’s withdrawal has not only disappointed fellow major democracies such as Japan and Australia but has also put its protectionism on global display, creating an image of unreliability in the eyes of ASEAN members, which may welcome a more active India as a strategic hedge against the possibility of Chinese regional domination.

Aside from its historical significance, the RCEP will have significant effects on the prospect of geopolitics in the Asia-Pacific in the years to come although its real impacts remain to be seen. While the RCEP has shed light on ASEAN’s diplomatic success, it will also pave the way for China to have greater sway on Asian economic future. Left out of the bloc, the United States and India risk losing their economic influence while China continues to double down on its investment in Asian multilateralism.0 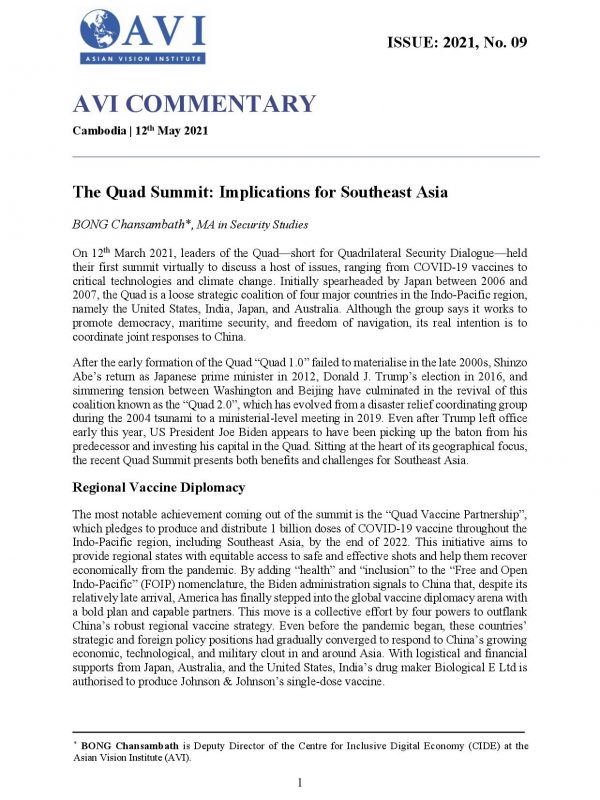 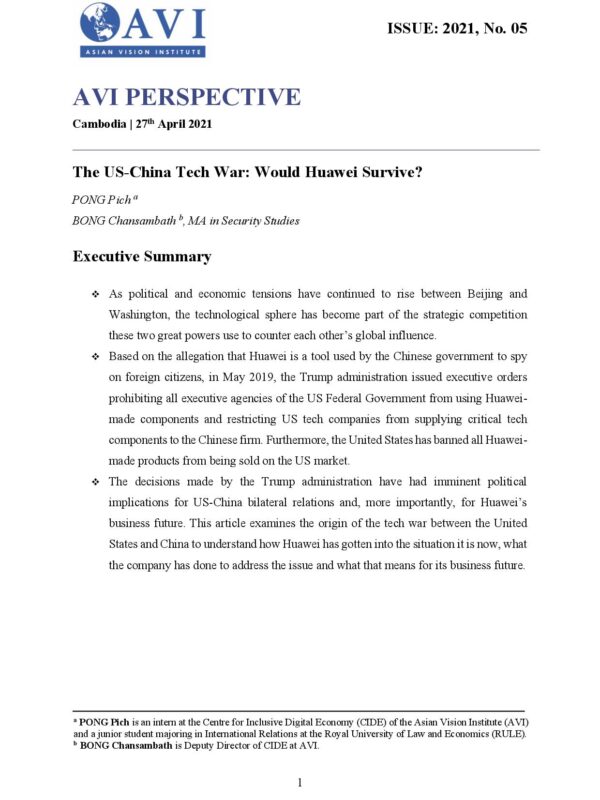 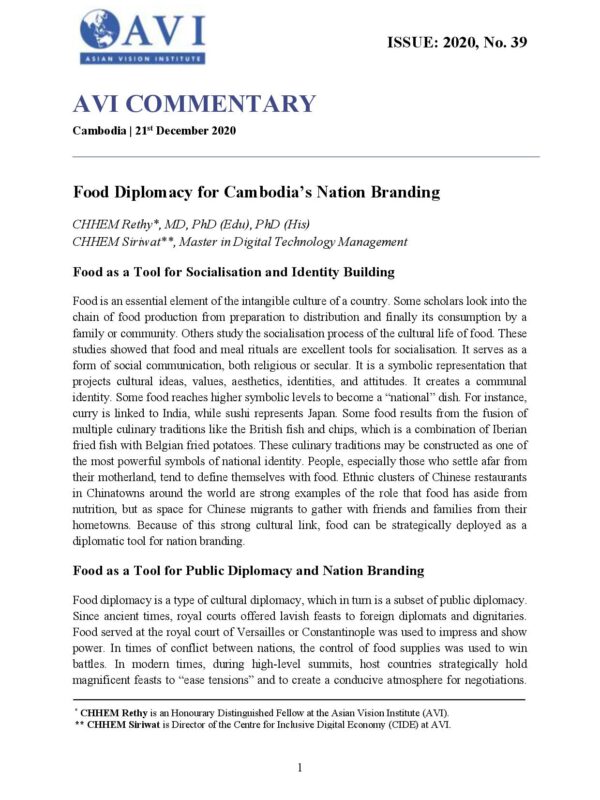 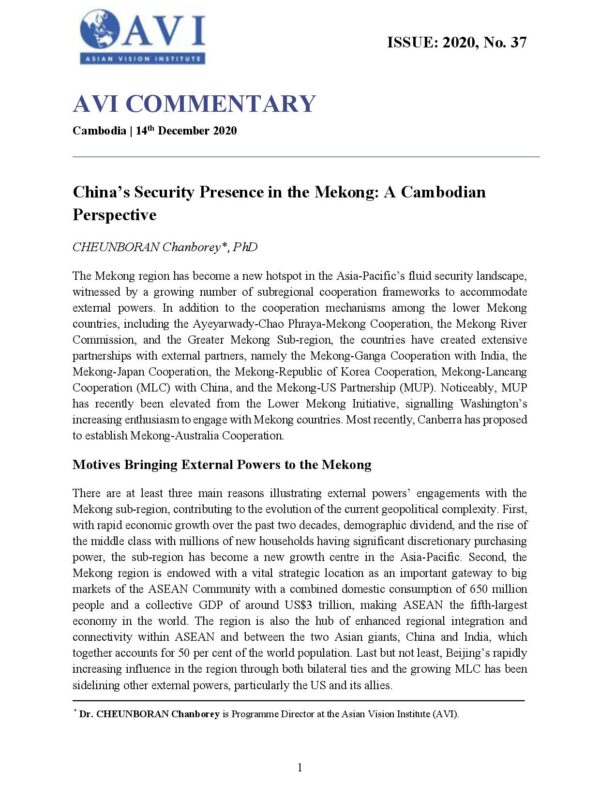