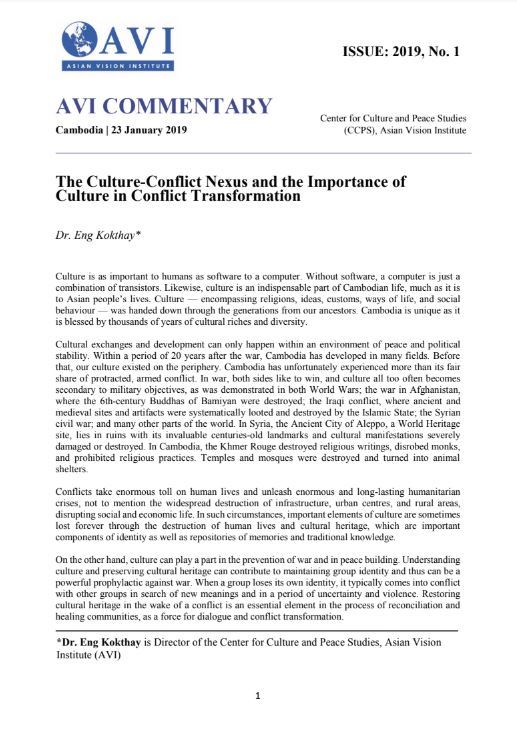 Culture is as important to humans as software to a computer. Without software, a computer is just a combination of transistors. Likewise, culture is an indispensable part of Cambodian life, much as it is to Asian people’s lives. Culture — encompassing religions, ideas, customs, ways of life, and social behaviour — was handed down through the generations from our ancestors. Cambodia is unique as it is blessed by thousands of years of cultural riches and diversity.

Cultural exchanges and development can only happen within an environment of peace and political stability. Within a period of 20 years after the war, Cambodia has developed in many fields. Before that, our culture existed on the periphery. Cambodia has unfortunately experienced more than its fair share of protracted, armed conflict. In war, both sides like to win, and culture all too often becomes secondary to military objectives, as was demonstrated in both World Wars; the war in Afghanistan, where the 6th-century Buddhas of Bamiyan were destroyed; the Iraqi conflict, where ancient and medieval sites and artifacts were systematically looted and destroyed by the Islamic State; the Syrian civil war; and many other parts of the world. In Syria, the Ancient City of Aleppo, a World Heritage site, lies in ruins with its invaluable centuries-old landmarks and cultural manifestations severely damaged or destroyed. In Cambodia, the Khmer Rouge destroyed religious writings, disrobed monks, and prohibited religious practices. Temples and mosques were destroyed and turned into animal shelters.

Conflicts take enormous toll on human lives and unleash enormous and long-lasting humanitarian crises, not to mention the widespread destruction of infrastructure, urban centres, and rural areas, disrupting social and economic life. In such circumstances, important elements of culture are sometimes lost forever through the destruction of human lives and cultural heritage, which are important components of identity as well as repositories of memories and traditional knowledge.

On the other hand, culture can play a part in the prevention of war and in peace building. Understanding culture and preserving cultural heritage can contribute to maintaining group identity and thus can be a powerful prophylactic against war. When a group loses its own identity, it typically comes into conflict with other groups in search of new meanings and in a period of uncertainty and violence. Restoring cultural heritage in the wake of a conflict is an essential element in the process of reconciliation and healing communities, as a force for dialogue and conflict transformation.

Cambodian identities shifted during different periods of world political and ideological contestations, disrupting ways of life and unsettling the status quo. As we see even today, changes in global political polarity bring not only new opportunities but also certain threats.

Cambodia does not exist alone; it exists within ASEAN, Asia, and the global order. We must work together to promote peace and mutual growth and build a community with a shared future. We must take immediate actions to save cultural relics, cultural manifestations, and traditional knowledge of the people of Asia and make sure they are used as tools for peace, reconciliation, and development. 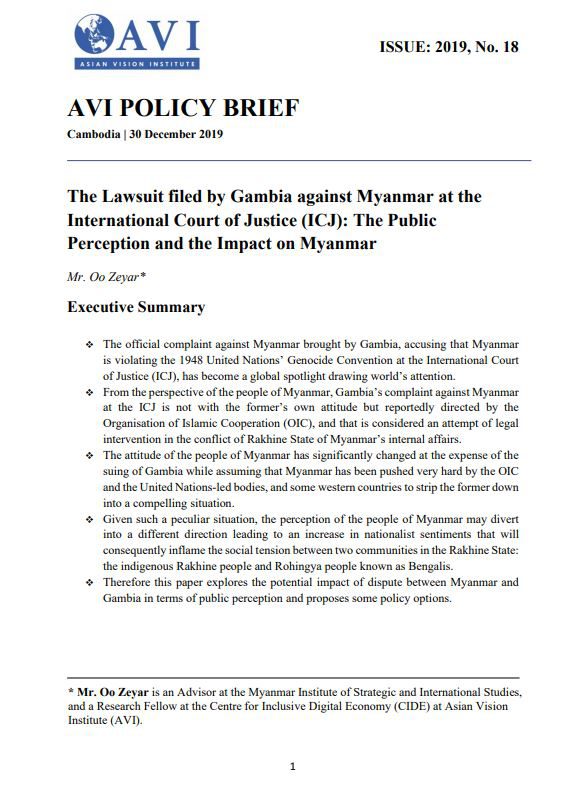 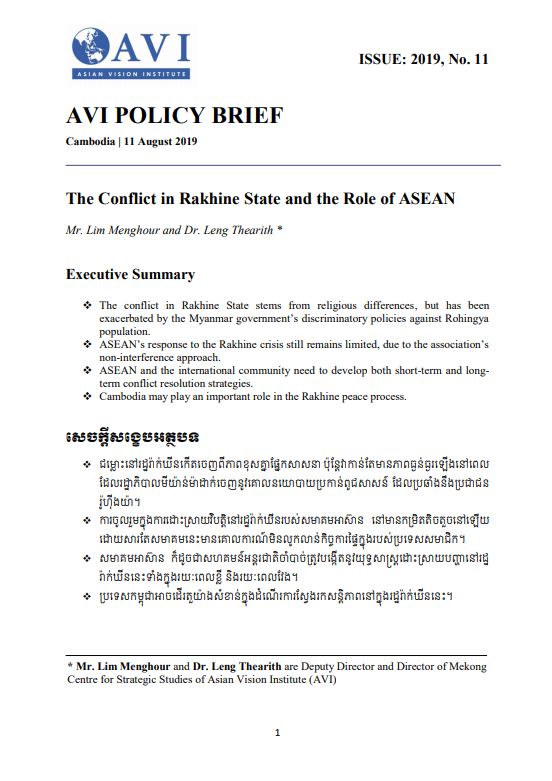 AVI POLICY BRIEF ISSUE: 2019, No. 11 | The Conflict in Rakhine State and the Role of ASEAN

AVI POLICY BRIEF ISSUE: 2019, No. 11 | The Conflict in Rakhine State and the Role of ASEAN 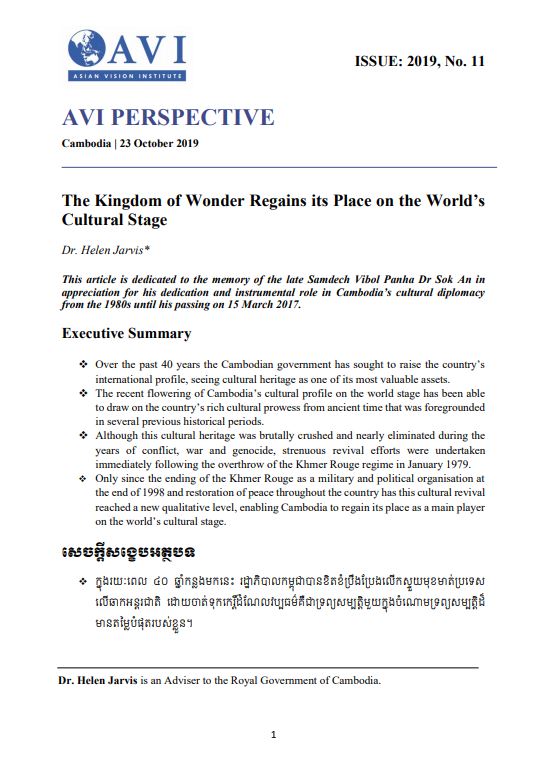 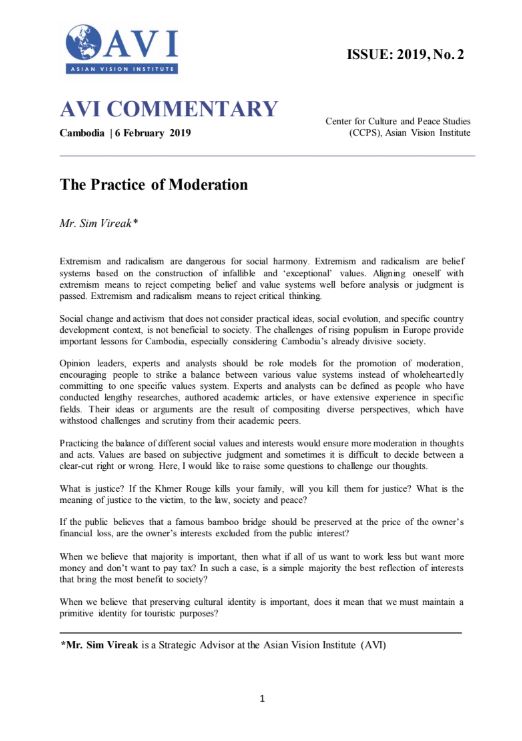