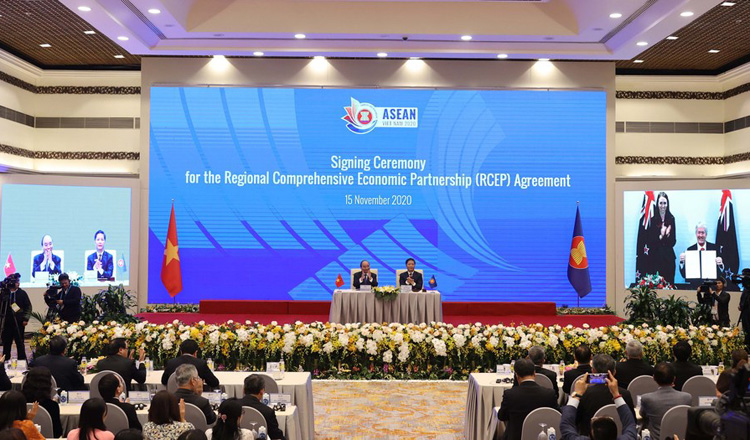 After eight years of negotiation, the Regional Comprehensive Economic Partnership (RCEP) was signed into a formal trade agreement on 15th November 2020 at the 37th ASEAN Summit. The deal includes ten members of the Association of Southeast Asian Nations (ASEAN), the People’s Republic of China (PRC), Japan, South Korea, Australia, and New Zealand. According to the ASEAN Secretariat, the RCEP is the world’s largest trade bloc, which accounts for 30% of the global population, 30% of the global GDP and 28% of the global trade. More importantly, it is the second mega-trade agreement in Asia after the Comprehensive and Progressive Trans-Pacific Partnership (CPTPP) that excludes both the United States and India. Aside from the fact that the RCEP is a historical milestone, this massive deal will shape the geopolitical landscape in the Asia Pacific in four fundamental ways.