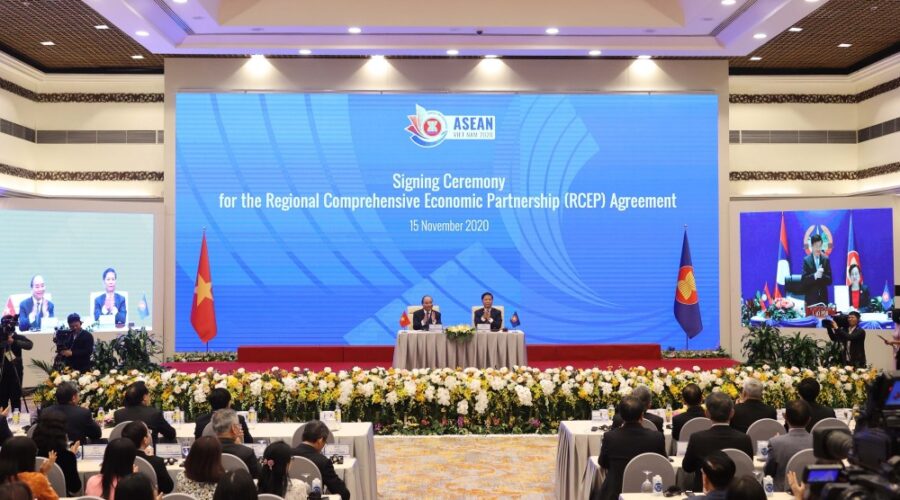 The Regional Comprehensive Economic Partnership (RCEP) free trade agreement will be an economic impetus to drive regional and global growth in the post-COVID-19 pandemic era, officials and experts said.

The leaders of RCEP participating countries on Sunday witnessed the signing of the long-awaited trade pact, which was made by their trade ministers on the sidelines of the ongoing 37th ASEAN virtual summit.

After the signing, the RCEP participating countries will begin their respective domestic processes to expeditiously bring the agreement into force.

Chinese Ambassador to ASEAN Deng Xijun told Xinhua that the successful signing of the RCEP is a major victory for multilateralism and free trade, and a major boost to regional and global economic recovery under the new normal of COVID-19 situation.