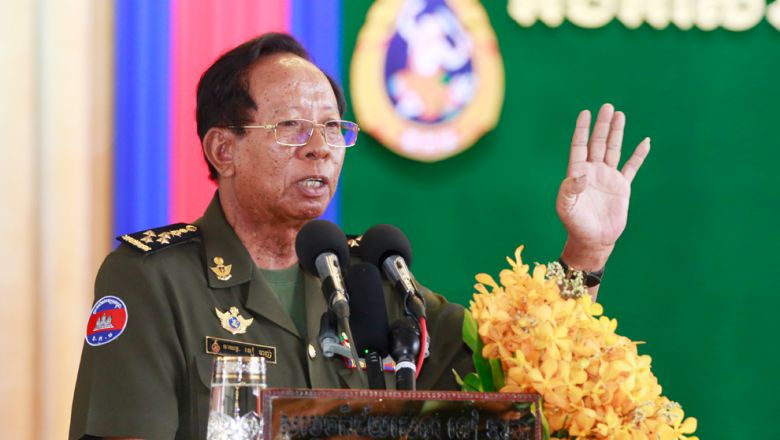 Minister of National Defence Tea Banh said the development of the Ream Naval Base in Preah Sihanouk province will proceed as scheduled.

The upgrades, which he said were the result of a 10-year study, require a dismantling of old buildings at the base including the Tactical Command Headquarters (TCH) and a boat maintenance facility – both funded by the US and Australia.

“The construction of all infrastructures at the Ream Naval Base will start soon because everything has been studied. That is why we need to dismantle those [old] buildings, it’s a fact. Everything [infrastructures] will appear there continually. There is still a long way to go, it takes time,” Banh told The Post on November 10.

“We will build a deepwater port, a beautiful port that is capable of docking medium-side vessels. We have a maintenance facility that can repair vessels weighing thousands of tonnes. But it needs time. I want to make it clear that this work is starting and we need to relocate the National Committee for Maritime Security’s Tactical Command Headquarters that once stood on the Ream Naval Base.”

On November 9, the US-based Centre for Strategic and International Study (CSIS), through its Asia Maritime Transparency Initiative, released another report about the demolition of the second US-funded building – a boat maintenance facility built at the Ream base in 2017.

It said the facility was demolished in phases between late October and November 2, which it said purportedly supported Cambodia’s claim that the TCH had merely been relocated.

The group, however, was highly sceptical of the Cambodian government’s rationale for the relocation of the TCH, which it said was built just three years ago.