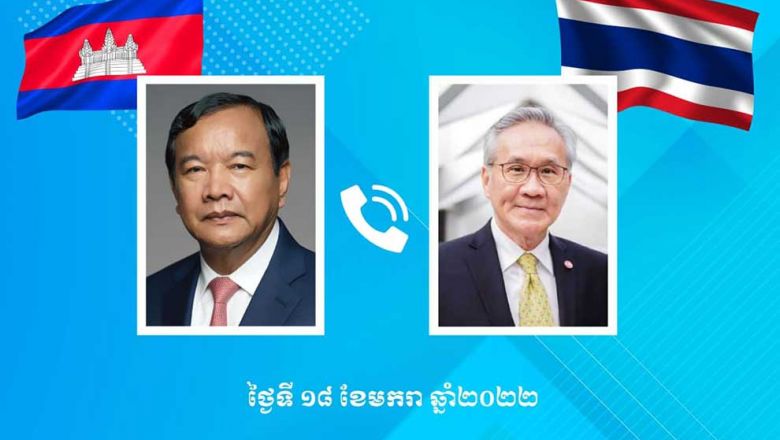 The Ministry of Foreign Affairs and International Cooperation has expressed serious concerns over the intense clashes in Loikaw – the capital of Myanmar’s Kayah State – between the military and armed opposition forces including the state’s largest ethnic minority militia.

During his visit to Myanmar, Hun Sen spoke of the success of Cambodia’s win-win policy that eventually brought about national reconciliation, comprehensive peace, stability, development and prosperity.

Citing the experiences and lessons learned from Cambodia’s peace process, Sounry said that a comprehensive peace and national reconciliation cannot be achieved in Myanmar without the full participation and an agreement to negotiate from all parties involved.

“In this spirit, we are of the view that all parties concerned must accept the ceasefire and end all acts of violence while exercising the utmost restraint in order to start a dialogue that will establish favourable conditions leading to the reestablishment of peace in the country,” Sounry said.

The clashes in Loikaw came as Cambodia and other ASEAN member states as well as the UN special envoy on Myanmar seek to bring about a compromise.

Foreign minister Prak Sokhonn and his Thai counterpart Don Pramudwinai discussed the Myanmar issue and other topics of common concerns in a phone conversation on January 19. Both sides agreed that the crisis could not be resolved immediately and that a solution to the conflict must be led by Myanmar itself.

“We concurred that there is no quick-fix for the Myanmar crisis and without a doubt the process must be Myanmar-led. Within the ASEAN family we stand ready to offer support. As ASEAN chair, Cambodia will continue to work on this matter,” Sokhonn said in a Facebook post after the meeting.

He added that as ASEAN chair, Cambodia will continue to approach this task in a spirit of good will while striving to ensure that ASEAN keeps moving forward. He thanked Don for his government’s understanding and encouragement while Cambodia shoulders this burden during its year as chair.

The two sides expressed their concerns about the violence that continues in Myanmar, including the recent clashes near the Thai-Myanmar border that have been taking place since mid-December of 2021 and have led to civilians from Myanmar fleeing into Thailand to escape the fighting.