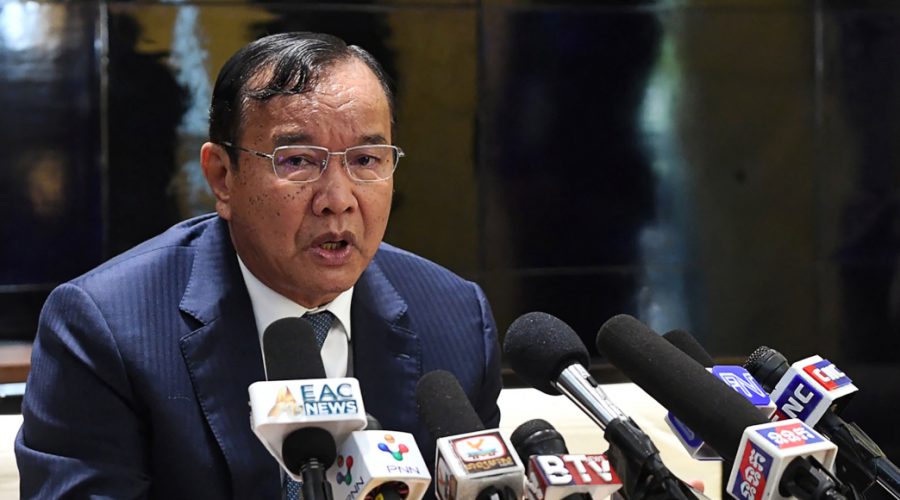 Cambodian Prime Minister Hun Sen’s visit to Myanmar has sparked controversy. The Cambodian view is that fostering a conducive environment for dialogue with the military junta would pave the way for the implementation of ASEAN’s five-point consensus.

There were mixed reactions before Prime Minister Hun Sen’s high-profile visit to Myanmar over the weekend. Some observers criticised the visit, arguing that it would legitimise the military regime. On the other hand, others felt the visit would enhance ASEAN’s effective engagement with Myanmar, particularly to enforce the ASEAN’s five-point consensus on Myanmar adopted in April last year.

The view in Cambodia is inclined more to the latter. The intention of the visit is clear: to create a conducive environment for dialogue and to pave the way for the implementation of the five-point consensus.

It is beyond dispute that there has been a lack of progress in implementing the five-point consensus. Primarily, violence in the country has not ceased; neither did the SAC allow the Special Envoy to meet all parties, including Aung San Suu Kyi (the junta has said that these parties are still facing ongoing legal processes). As a result, ASEAN decided that Myanmar should not be permitted to send political representation to the 2021 ASEAN Summits and related meetings last year. The SAC decided to boycott the ASEAN meetings altogether (by not sending a non-political representative). Myanmar also did not send a political representative to the special ASEAN-China Summit to mark the 30th anniversary of the ASEAN-China dialogue partnership, even though it is currently the country coordinator for ASEAN-China relations.

Within ASEAN, there are differences regarding the representation issue. Indonesia, Malaysia, the Philippines, and Singapore have strong views on this issue, while other ASEAN members are relatively flexible. Therefore, the future of the representation of Myanmar at ASEAN Summits depends on the sincerity of SAC and progress in implementing the five-point consensus.