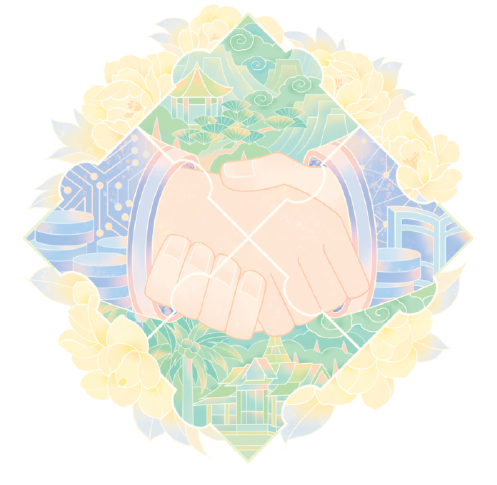 The COVID-19 pandemic has exacerbated the structural power struggle between major powers. The global power shift is fast evolving, and the Asia-Pacific region is the center of global gravity in terms of geoeconomics, geopolitics and technology. Some say that the 21st century is the century of Asia, mainly shaped by the rising economic and strategic powers.

As the importance of the Asian economic powerhouses is growing and expanding, so are their global responsibility and leadership roles. Therefore, Asian wisdom and concepts on international relations need to be further explored and structured in a coherent and systemic manner.

Building a community with a shared future for mankind is China’s key foreign policy objective. Launched in 2012 at the 18th National Congress of the Communist Party of China, the concept has been deeply integrated into China’s foreign relations and is widely promoted in various bilateral and multilateral cooperation frameworks. The concept aims at promoting a new type of international relations for the new era.

Cambodia, generally regarded as one of the most reliable of China’s friends, was among the first countries in Southeast Asia to endorse the concept of building a community with a shared future for mankind, because it shares the same foreign policy principles as China, embracing win-win cooperation and practical cooperation. Trust-based cooperation is the underlining factor of their strategic partnership.

Speaking at the inauguration ceremony of an international stadium funded and built by China in September, Cambodian Prime Minister Samdech Techo Hun Sen stressed that political trust is the cornerstone of the two countries’ ironclad friendship. Later, speaking at the inauguration of the 10th China-Cambodia Friendship Bridge on Nov 23, he called it “the bridge of shared destiny” to reflect the depth of the bilateral relationship in the new era.

The concept of building a community with a shared future for mankind is compatible with Cambodia’s foreign policy priority of focusing on win-win cooperation based on the principles of mutual respect, mutual understanding, mutual learning, noninterference and sovereign independence. The concept also serves the projection and realization of Cambodia’s national interests.

During the Cambodian prime minister’s visit to China in January 2019, both sides agreed to formulate an action plan for forging the China-Cambodia community with a shared future with strategic significance. This action plan embodies comprehensive cooperation based on five pillars, namely political cooperation, security cooperation, economic cooperation, cultural and people-to-people cooperation and multilateral cooperation.

In terms of the broader China-ASEAN partnership, Cambodia was one of the first ASEAN members to support China’s proposal to upgrade the relationship to a comprehensive strategic partnership.

The outcomes of the China-ASEAN Special Summit on Nov 23 signify a new era for the China-ASEAN partnership as both sides agreed to upgrade the relationship to a comprehensive strategic partnership that is meaningful, substantive and mutually beneficial.