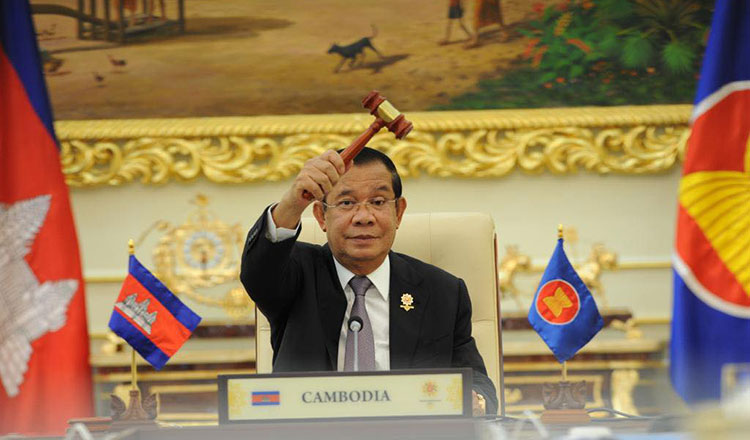 Cambodia has assumed the chairmanship for ASEAN for 2022 amid unprecedented challenges caused by the Covid-19 pandemic and the urgency to carry out a safe and sustainable post-pandemic socio-economic reopening and recovery. The unfolding political crisis in Myanmar—some refer to it as a civil war—and the consolidation of the Quad and the formation of AUKUS pose pressures on ASEAN centrality. Navigating ASEAN through such an increasingly volatile and vulnerable geopolitical environment requires strong leadership.

At the handover ceremony on 28 October, Prime Minister Hun Sen proudly asserted that Cambodia would continue to enhance the unity and centrality of ASEAN. Furthermore, he said Cambodia would steer ASEAN’s collective efforts to accelerate the process of ASEAN Community building with an emphasis on equity, inclusion, sustainability, and resilience. It is the third time that Cambodia will be chairing ASEAN after it became a member in 1999.

Hun Sen also highlighted the importance of operationalising the ASEAN Outlook on the Indo-Pacific (AOIP) and respecting the ASEAN Way and the underpinning principles enshrined in the ASEAN Charter and the Treaty of Amity and Cooperation. Cambodia has also mooted a preliminary idea of convening an ASEAN Plus Two (ASEAN Plus China and the US) on the sidelines of the East Asia Summit to build a bridge of political trust between the US and China.

Cambodia wishes to promote the ASEAN version of the Indo-Pacific by stressing the core values and principles of non-interference, respect for sovereignty, equality, inclusivity, mutual respect, mutual trust, mutual benefit, and respect for international law.

Under the theme “Addressing Challenges Together- ASEAN ACT”, Cambodia aims to enhance the spirit of togetherness and promote action-oriented cooperation to deliver concrete results under the three pillars of the ASEAN community, namely political-security, economic, and socio-cultural community.

The unfolding political crisis in Myanmar and complex maritime disputes in the South China Sea will obviously remain hot potato issues that could potentially further divide ASEAN. Cambodia has expressed its commitment to help create favourable conditions for political dialogue and settlement in Myanmar, drawing on its conflict resolution experiences under a win-win policy.

Foreign Minister Prak Sokhonn acknowledged that while the context of Cambodia and Myanmar’s crises were different, he hoped that the lessons learnt from Cambodia’s experience could be helpful for the resolution of the Myanmar crisis. Yet, while the grouping respects the principle of non-interference, ASEAN’s credibility is on the line.

Cambodia is ready to appoint a special envoy to facilitate inclusive political dialogue. However, the lack of flexibility and sincere cooperation from the military regime remains the main stumbling block. At the latest ASEAN Summits, Hun Sen expressed his disappointment with the military government over its lack of cooperation. The Cambodian Chair will need to robustly apply quiet diplomacy to convince the military leaders to cooperate and compromise.