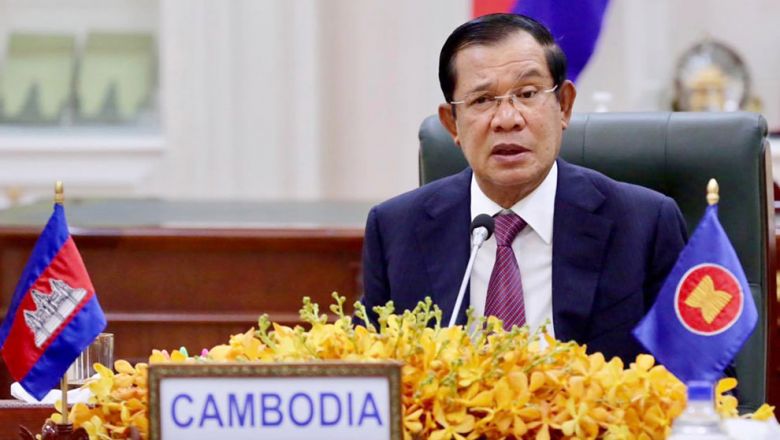 Prime Minister Hun Sen said even though ASEAN is facing enormous challenges due to the Covid-19 pandemic and the geo-political rivalry between China and the US, Cambodia is ready to take the chair of the ASEAN community in less than five months from now.

Hun Sen affirmed the stance in a four-page message to commemorate the 54th anniversary of the establishment of ASEAN on August 8, 1967. Cambodia joined in 1999.

After praising the achievements ASEAN has accomplished, Hun Sen said: “Now, ASEAN is facing a huge obstacle in its path. The severe impacts of the Covid-19 pandemic – which began early last year – has largely pushed regional and global economies into recession and caused immense hardship in people’s lives.

“At the same time, growing geo-political rivalry between major powers has escalated into trade and technology wars and this puts greater pressure on peace, security and further prosperity in ASEAN as a whole,” Hun Sen said.

These challenges also included the emerging and non-traditional issues such as the pace of societal transformation due to technology, climate change and degradation of the environment as well as transnational crimes including illicit drugs, human trafficking and terrorism.

“During its ASEAN chairmanship year of 2022, Cambodia will endeavour to promote an action-oriented approach that is based on openness, honesty, good faith, solidarity, and harmony within ASEAN to effectively address the common challenges facing our region,” he said.

He said Cambodia will seek to ensure tangible benefits for the peoples across the whole region, without leaving anyone behind and made possible with the support and strong solidarity of ASEAN member states and their external partners.

According to Hun Sen, the highest priority area for ASEAN now is recovering from the Covid-19 pandemic while strengthening resilience against future economic disruptions.

The next priority, he said, was to cooperatively strengthen the implementation of ASEAN’s five comprehensive recovery framework goals which are enhancing health systems, strengthening human security, maximising the potential of the intra-ASEAN market and broadening economic integration, accelerating inclusive digital information and advancing toward a more sustainable and resilient future.