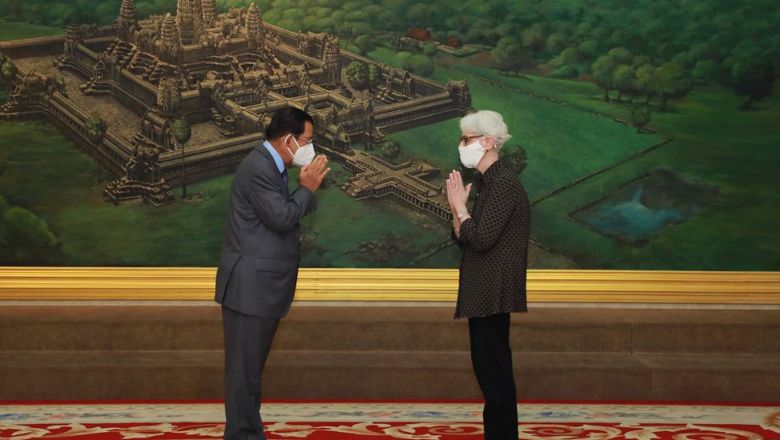 The visit of the US’ second-ranking diplomat to Cambodia last week is prompting Cambodia to think about being “pushed to the wall” and forced to choose sides between the world’s two competing superpowers – China and the US.

It must be clear that Cambodia is not interested in taking sides. So pressuring Cambodia to choose sides will likely backfire. Navigating through the intensifying US-China rivalry, of course, is the top challenge for Cambodian policy makers.

In the two-hour meeting between US Deputy Secretary of State Wendy R Sherman and Prime Minister Hun Sen in Phnom Penh on June 1, Sherman used words that Cambodia considers as “threatening” or “bullying”.

“She used diplomatic language, but the content of the message was an open threat,” a senior government official said later. He added: “We are now very near to the position that we always wanted to avoid, that is, to have to choose a side.” According to the official, Cambodia is exhausted by continued US allegations over China’s military presence in the country’s coastal province of Preah Sihanouk, a popular town among Chinese businesses and development.