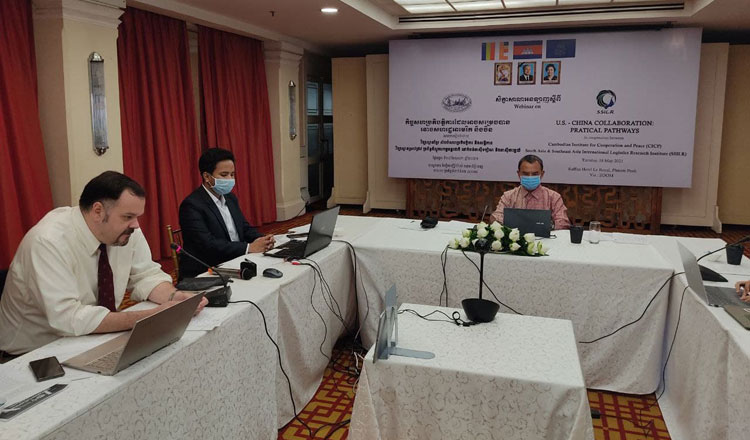 Experts at an online discussion yesterday called for the United States and China to build bridges, pointing out that there is a growing trend towards decentralisation of global power during which collective agencies such as Asean and the European Union can play a key role.

The remarks were made during the US-China Collaboration: Practical Pathways discussion, hosted by the Cambodian Institute for Cooperation and Peace (CICP) with support from the South Asia and Southeast Asia International Logistic Research Institute.

The forum brought together academics, politicians and consultants based in Phnom Penh and China for a discussion about which areas are primed for cooperation between the two powers.

President of the Asian Vision Institute (AVI) Chheang Vannarith said the new global order is defined by fluidity, multiplicity and the end of singular powers while smaller state collectives, such as Asean, carve out larger roles on the international scene.