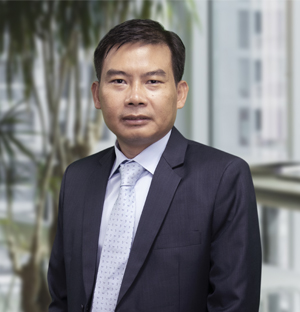 Chheang Vannarith is a public policy analyst and government relations strategist. He has over a decade of experience as a geopolitical and geoeconomic analyst, with a focus on Southeast Asia.  He was honored a Young Global Leader by the World Economic Forum in 2013.  He previously served as Visiting Fellow at ISEAS-Yusof Ishak Institute (2017-2018), China Institute of International Studies (2016), Institute of Developing Economies in Japan (2012), and East-West Center in the United States (2010); Southeast Asia Consultant at The Nippon Foundation in Japan (2016-2018); Adjunct Lecturer at Nanyang Technological University’s School of Social Sciences (2017 – Present); Lecturer of Asia Pacific Studies at the University of Leeds (2013-2016), Executive Director of Cambodian Institute for Cooperation and Peace (2009-2013); Technical Advisor to the Cambodian National Assembly (2011); and Assistant to Cambodia’s Defense Minister (2011-2012).  He received his BA in International Relations from the Diplomatic Academy of Vietnam in 2002, MA in International Relations from the International University of Japan in 2006, and PhD in Asia Pacific Studies from the Ritsumeikan Asia Pacific University in 2009.